People Behind the Space: Alike

Alike Character Coworking Space in the Heart of the City

Take a peek around the character New York style coworking space Alike - based in a desirable downtown Auckland location at an affordable rate.

We had a chat to Che about what inspired him to start up his own coworking space after working on set of The Hobbit movie, his tips for someone thinking about starting their own coworking space and his venture launching a new Social Enterprise, Ellie Heart - buy one give one sanitary item subscription. What inspired you to set up your coworking space?

It was the timing of a combination of factors. I used to work freelance in the film industry. The film industry can be pretty up and down. I had always wanted to set up my own business as well and after coming back to Auckland from working on the Hobbit in Wellington, I thought it was time to sort something else out. Working as a freelancer, I was used to working in isolation at home, as well as working in a studio with lots of other freelancers. I knew first hand how much easier it was to be productive and enjoy the work in general, when working in studios. After meeting Matt Knight and seeing his original coworking space Loft503, and learning about the concept, everything just seemed to make sense. That was early 2013. Wow, time flies huh?!

What is your favourite part of the space and why?

I love the location. It's super convenient to everything. I like the NY style brick building, and I think I have done a reasonable job of making furniture that fits the old and new mix of interiors. It makes the overall vibe cohesive I think. Why do you think working from a coworking space helps people thrive?

It's the people I think. The community, whatever you want to call it. We live in a very independent and digital age. Yet people crave connection possibly more than ever because of this. As a friend once said, people therefore now want to be part of a crew, not a team.

Please tell us a bit about what other ventures you are also involved with.

I'm planning the launch of a new Social Enterprise called Ellie Heart. It's a buy one, give one sanitary item subscription. For every box sold in NZ, a box is sent for free to a NZ student in need so they can stay in class and get an education. More info can be seen on this link. 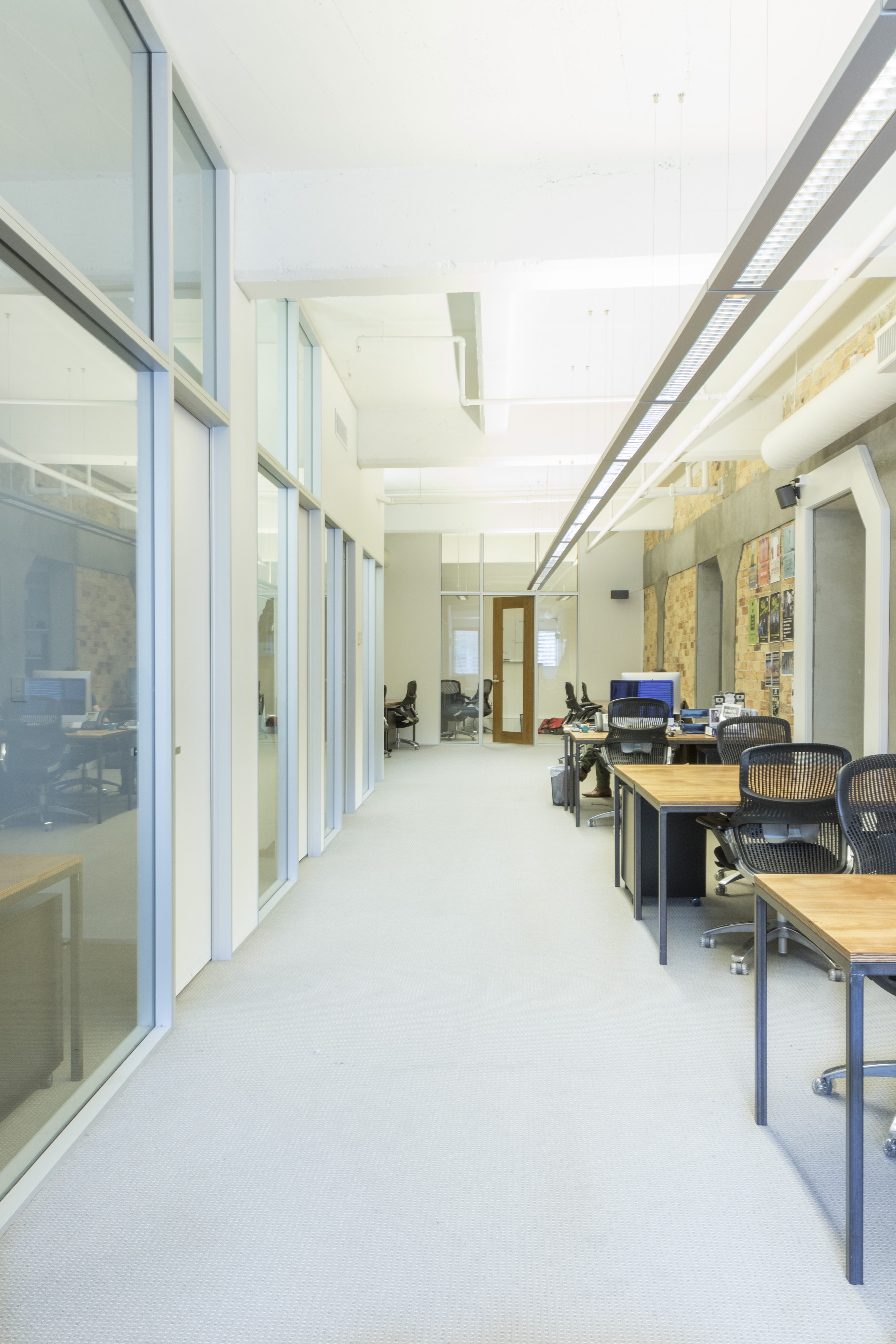 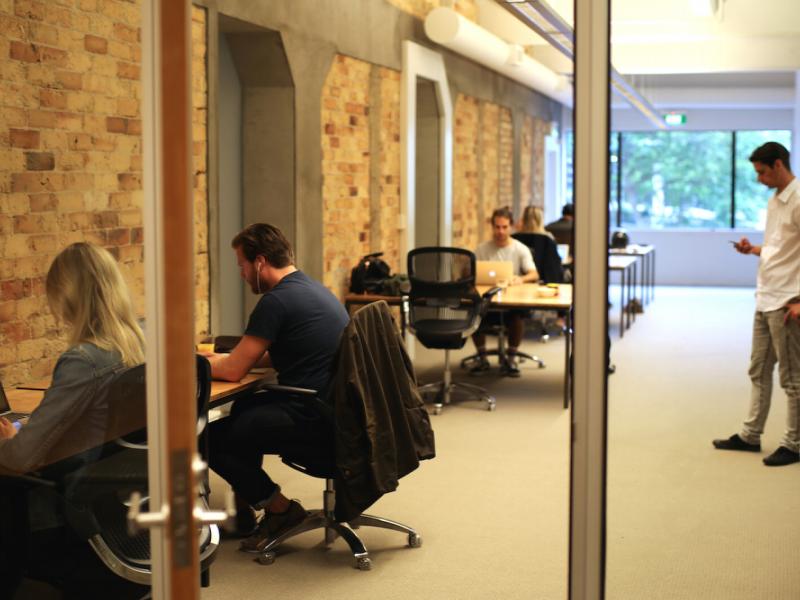 Who has been the most interesting resident in your space?

That's a tough one. I can't think of anyone that stands out as the most interesting. Everyone has been/is so different. There has been photographers up here doing portrait photos on the weekends, an accountant that went out on his own and grew his company from 2 to 8 people in 6 months and then collapsed. An American sales trainer guy that ran Skype training calls from his private office that had a super loud voice you could hear from the other end of the office. Then theres James who has been up here for a couple of years now, running his made to measure suit business outside of his day job at Kiwi Bank.

Can you describe the community and types of businesses within your space?

Alike is a relatively small space compared to the likes of Regus, Generator and BizDojo. It also has a mix of private offices and open plan desks. The size and shape of the space places a big role in shaping the vibe. There is a lot of privacy and quiet times to work. For those people that prefer that, it suits them down to the ground. So it doesn't actually matter what industry they're from as we have a full mix here. It's the location, vibe and price that play more of a role in explaining the community of type of business in here.

If you could pick any three people in the world to work in your space, who would it be and why?

Gary Vay-Ner-Chuk (IG: garyvee), because he is a modern day digital business guru. Super hard working, positive action oriented guy. He loves hip hop and probably swears more than he should, but he's cool with that because he's learnt that life is like the number one rule of marketing - don't try to be everything to everybody.

Joe Holder (IG: ochosystem), similar to Gary V. Super hard working, started from nothing, straight talking, no BS, only facts not hype, positive guy. Obviously I would have to open another half floor or something for him to use because he's a personal trainer but that would be cool.

Max Schaaf (IG: 4q69), Max builds custom choppers in, so like Joe, he would need his own floor if he was going to be working at Alike. Probably not the most ideal member as he would probably create a lot of noise, hammering metal etc. lol but hey this is a theoretical question right?! In terms of personality and mindset, I like him for the same reasons as the other two guys. Super humble, grateful, hard working, positive guy :) 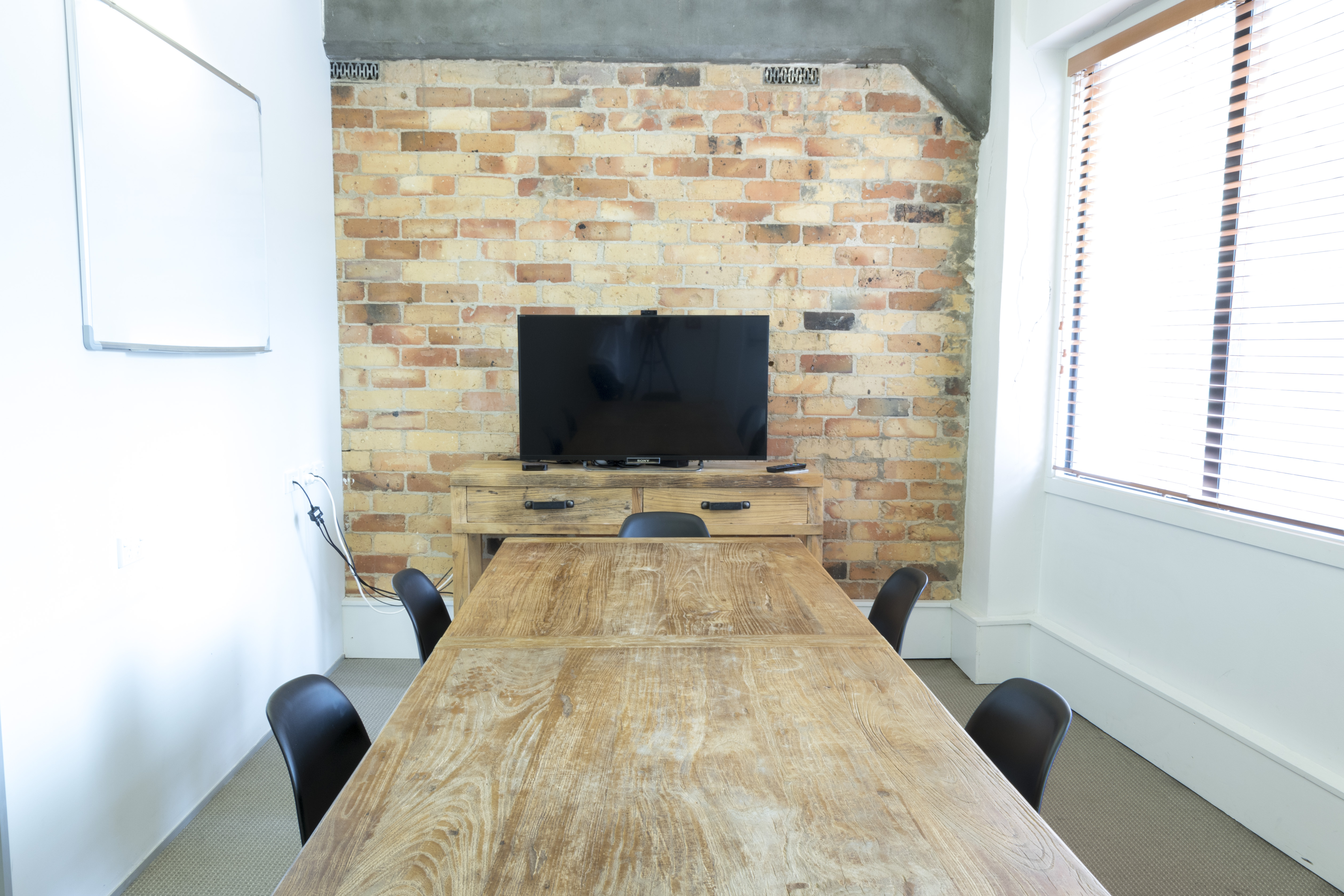 What tips would you pass on to someone thinking about starting their own coworking space?

Do your homework and make sure you have enough cash to sustain you while the space is empty. It is a simple concept, but like most simple things, it doesn't mean its simple to do yourself. Don't underestimate it, but if you love the concept, and are prepared to work, then go for it. If you don't win, you learn so there is essentially nothing to lose.

Can you describe your life outside work?

Wait what? There is life outside of work?! lol. I'm a pretty simple guy. I work out at the gym 5 days a week. I like great coffee. Simple food. Beer. Detective shows. Hip hop and mellow electronica. Minimalist fashion. Oh, and I recently moved into a 1 bedroom apartment in the city. Best decision of my life :)

What are the most played songs in your office playlist?

We have Sonos here. It's a wireless speaker music platform that has steaming music platforms hooked in. I have slowly built a massive (currently 5,396 songs) playlist that just plays through all day on shuffle. It's a bit of an art finding music that kills the background silence, isn't offensive or too intense, yet not lame. I had to remove heaps of songs in the early days of music that I like, but didn't suit the office environment. Full mix of genres here: hip hop, jazz, funk, electronic, soul, RnB, indie rock, grunge, rock n roll - you name it. 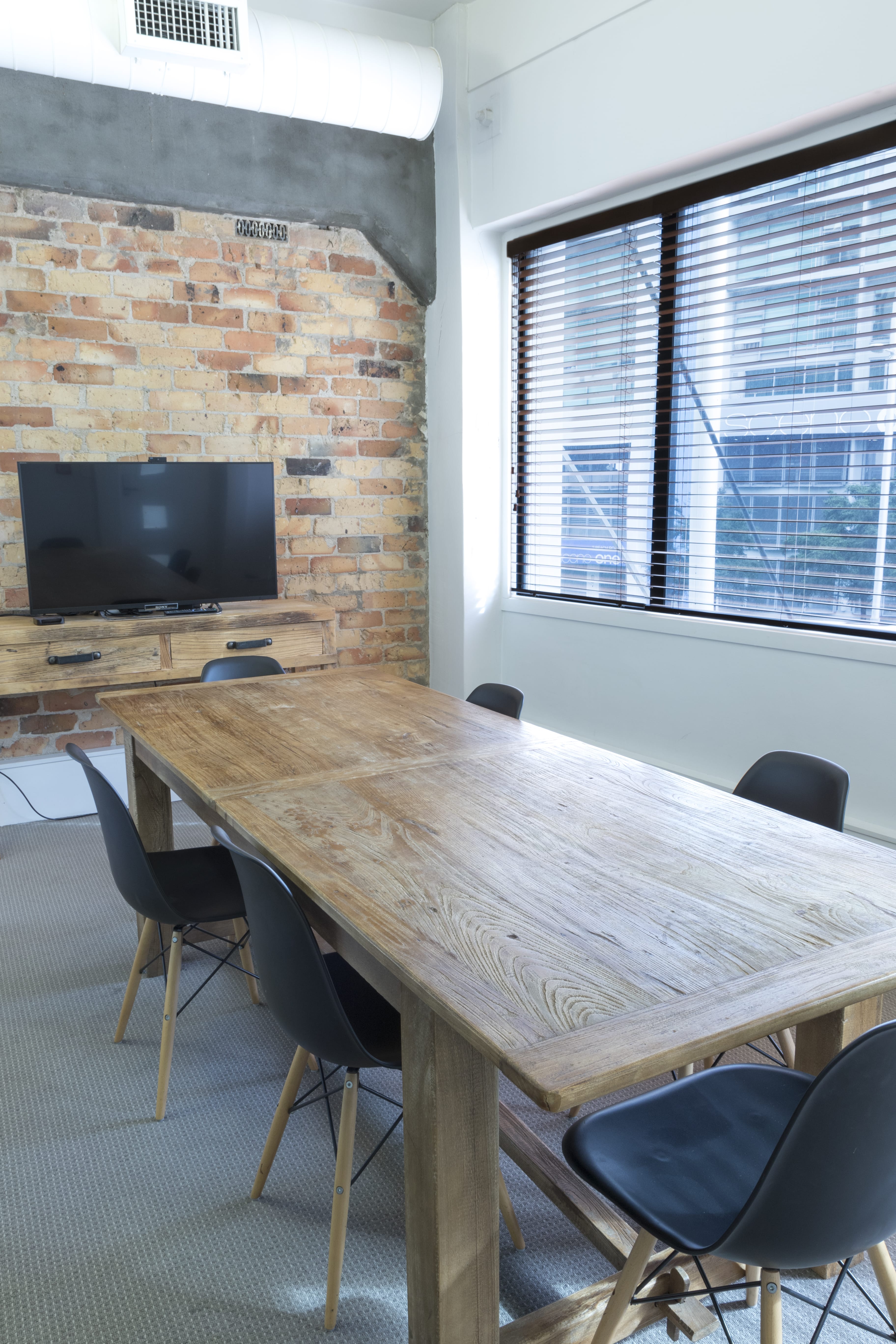 *All images used in this article are owned by Shared Space Limited. Unauthorized use is prohibited

Want to work from this space? Get in touch via their listing below.