People Behind the Space: Movers & Shakers

We caught up with the super talented guys at Movers & Shakers to chat about their one of-a-kind coworking space.

Situated on the top floor in one of Britomart's most eccentric heritage buildings is Movers & Shakers one-of-a-kind and highly stimulating coworking environment.

With a floor-plan of 420 sqm, the space is an ideal coworking playground for anyone looking to be inspired by the space they work in, as well as by the people that work within it. And when we say playground, it really does resemble one! Think arcade games, chalkboard-wall, an Aprilia motorbike and of-course the iconic inflatable brain. 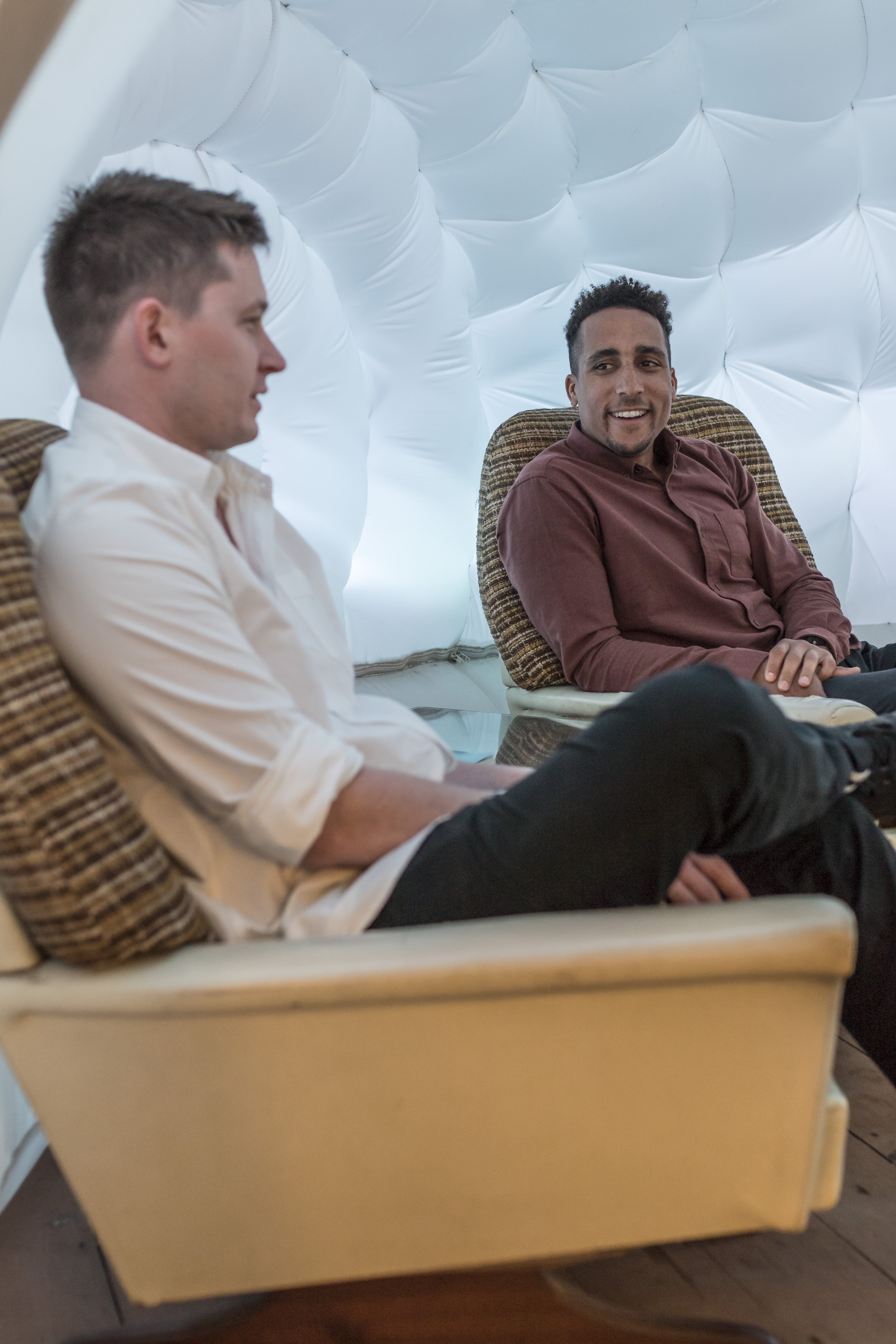 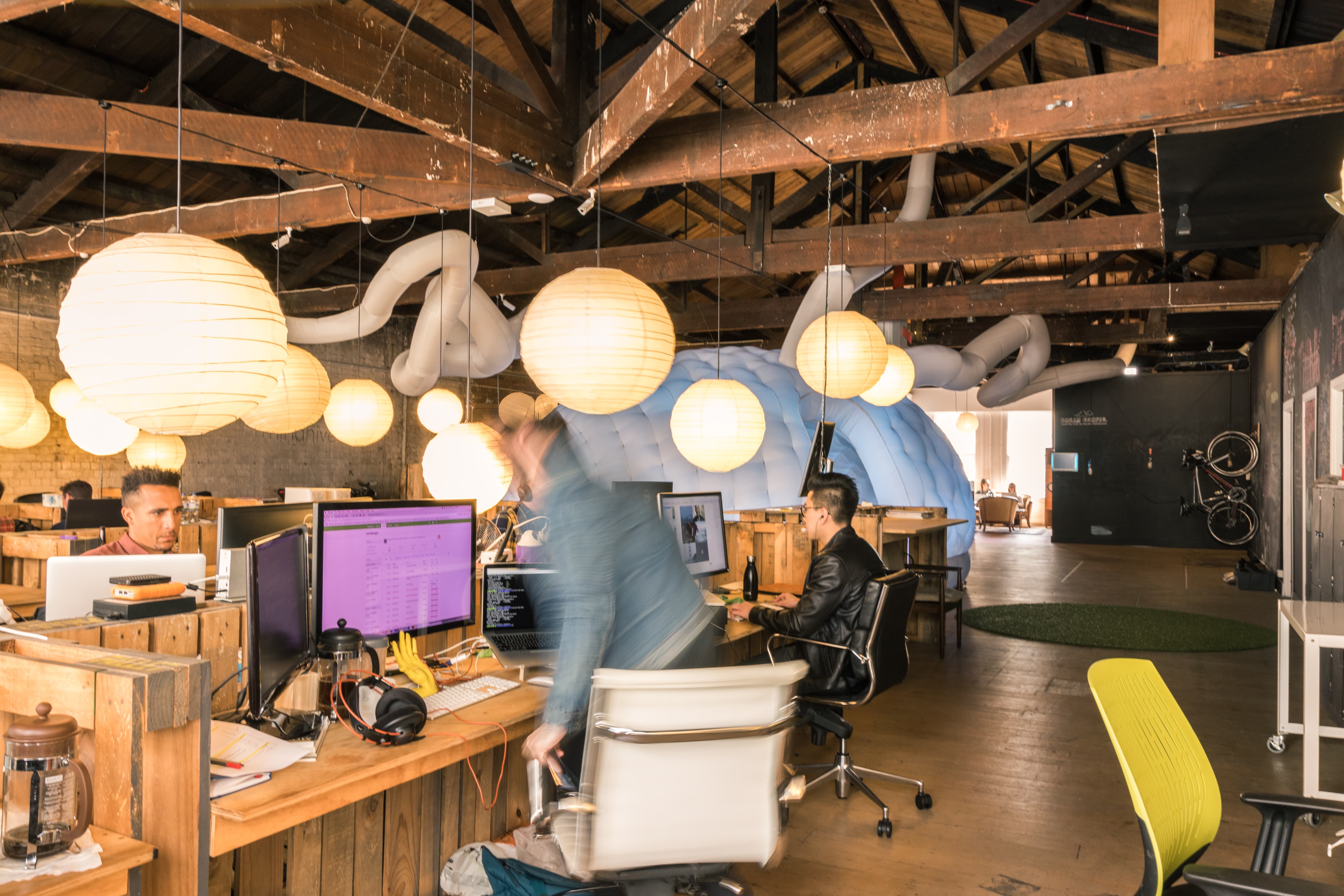 What inspired you to set up a coworking space?

Kagwa: We wanted to create an environment that reflected the way we liked to work and get like-minded people who shared a similar vibe.

Dion: Movers & Shakers was more of an experiment than anything else. We had a surplus of space and the idea that we could share some of the benefits we were getting from a super relaxed environment. It took off and we've been maintaining the same approach ever since.

What is the coolest thing about your space?

Kagwa: The inflatable brain, which gets a lot of publicity on social media, probably worthy of its own Instagram account.

Dion: The people. Setting up a super unusual working environment is one thing - seeing how residents use it is another. It's neat watching people find their flow in here and settle in. 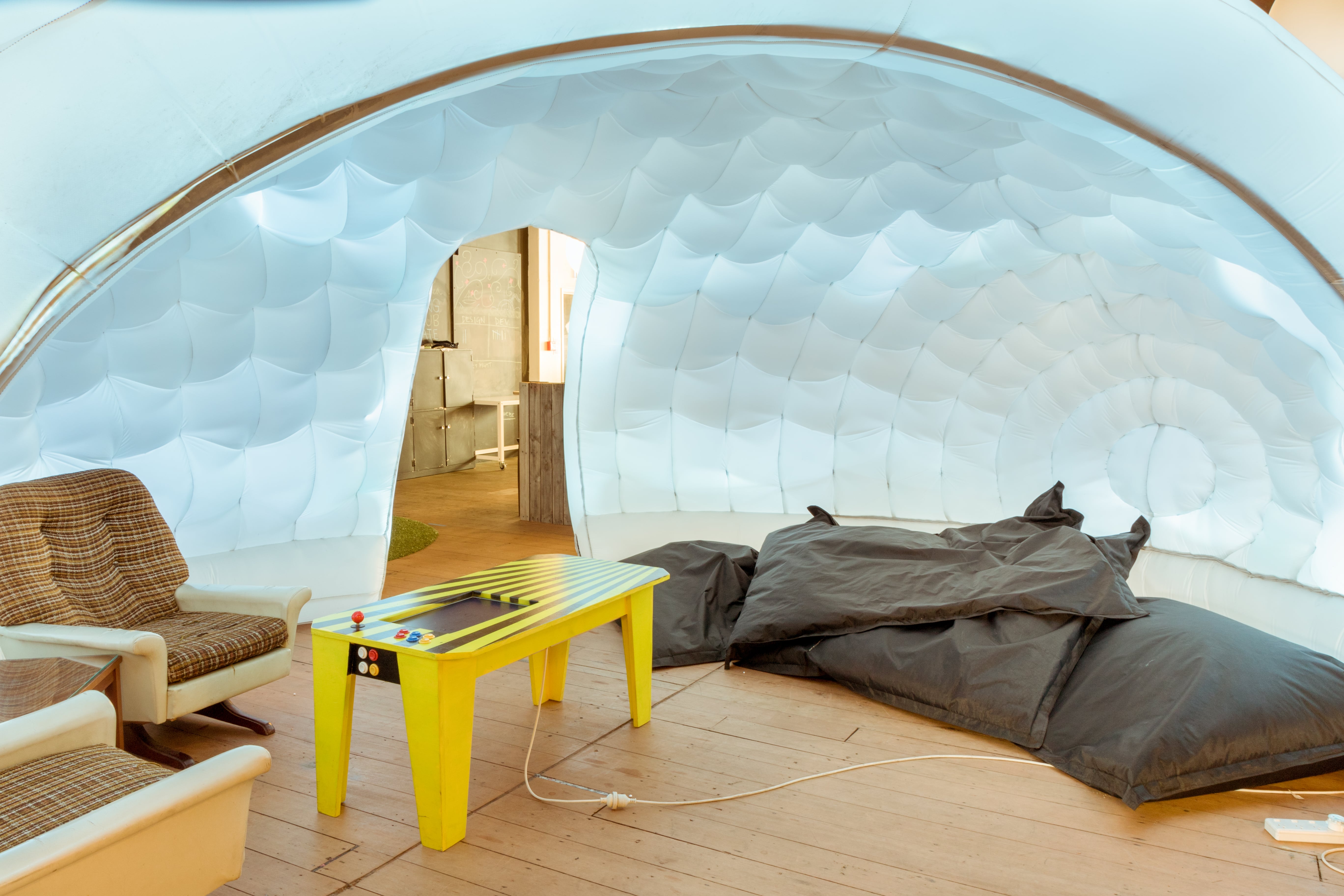 Why do you think working from a coworking space helps people thrive?

Kagwa: It exposes you to a community of like-minded professionals that you can learn from and collaborate with. It's an ideal step for people who would otherwise be working in their home or isolated office.

What's the funniest thing that has happened in your coworking space?

Kagwa: There have been plenty, some of which should not be mentioned. Probably the feat of getting the motorcycle up the stairs, which everyone asks about.

Dion: I get sideway looks when people - specifically building managers - spot our experimental indoor hops growing setup. It looks far more illicit than it is. 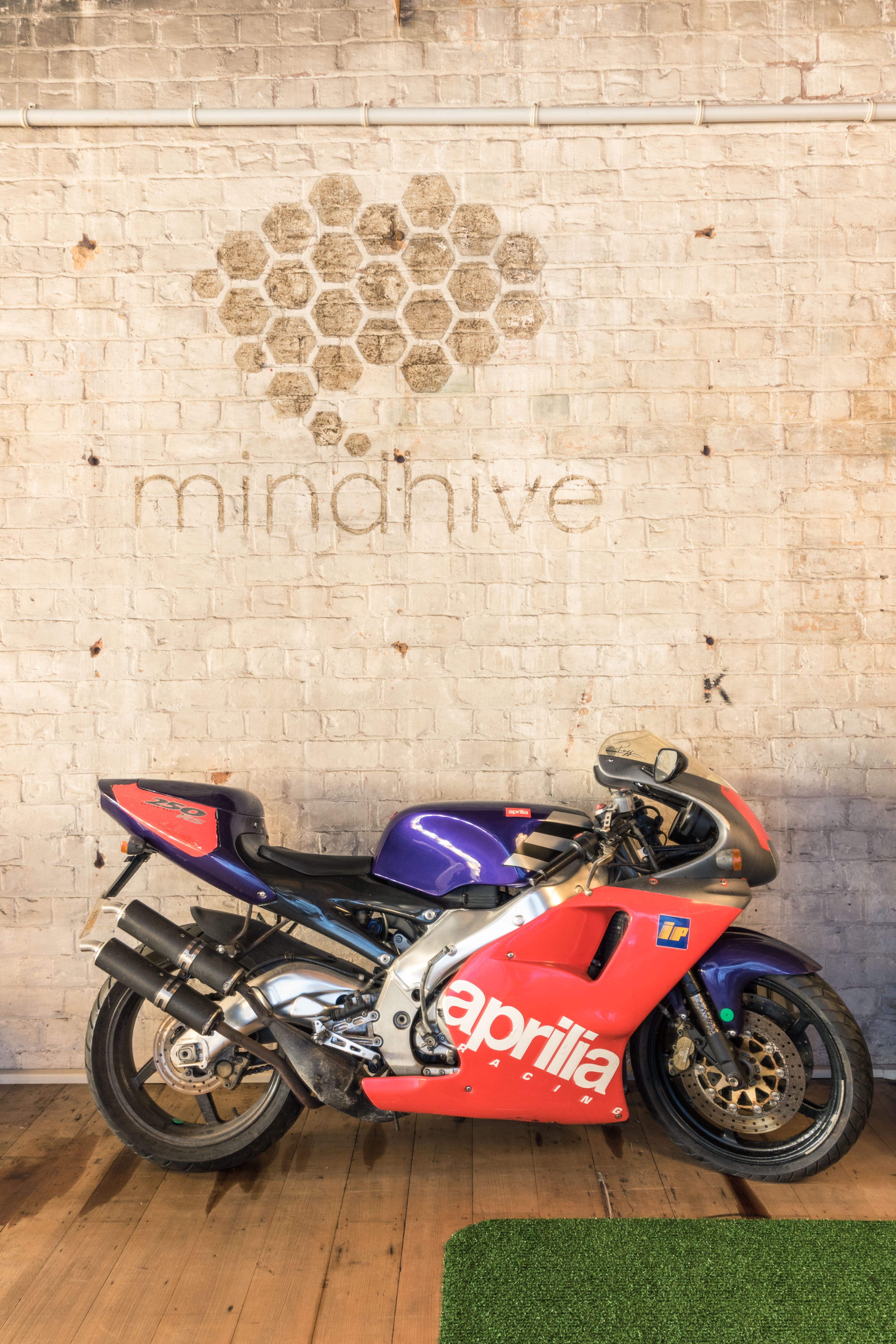 What other ventures are you also involved with?

If you could invite 3 people to a BBQ, who would they be?

Dion: I have no idea. I haven't been to a BBQ in years :-P Nick McCaw from the Britomart Hospo group does a wicked burger, Matt Knight has rad stories and Kagwa has the best outfits.

Who has been the most interesting resident in your space?

Kagwa: Dion hands down - no one understands what he does but he's always doing something.

Dion: Aww - I don't think I'm that interesting really. Just obsessed with making things... It's almost impossible to pick just one. We have (and have had) some super talented people up here. Currently, Jarrod from Colours and Numbers is doing interesting stuff. James Butler keeps us all confused/amused with the inner workings of crypto currency exchanges. In the past, we've had some super interesting creatives - everyone from animators to film makers.

Can you describe the community and types of businesses within Movers & Shakers?

Kagwa: Everything from non-profit to Bitcoin, it's a refreshing mix that keeps the water cooler chat refreshing. 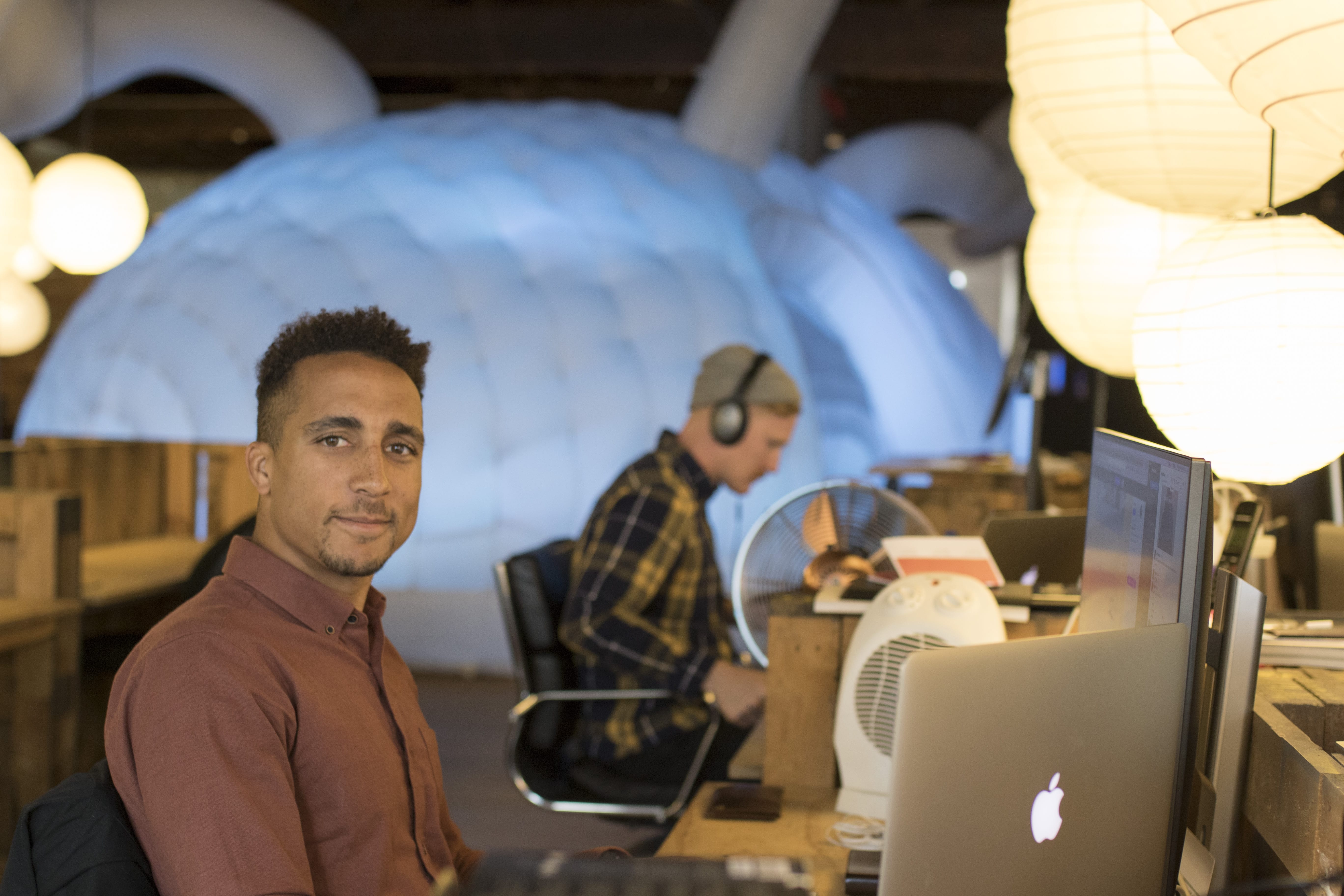 *All content and images used in this article are owned by Shared Space Limited. Unauthorized use is prohibited.

Check out this link for a tour inside the epic workspace of Movers & Shakers.

Want to work from this space? Get in touch via their listing below.